Let's Go Down to the River

What was the river Jordan like? Jesus, the pure Son of God, might have chosen to be baptized in the purest of waters, but He didn't. He chose the river.

Let me tell you the stories of Daisy, Robert, Michael, Rosa, and Aldo.

Daisy grew up an Adventist, but felt that she was too restricted. She left the church as a young lady and went her way becoming a lawyer, and for a time, living in Utah. After a terrible car crash, she began to think, and to change her life. She came to Suchitoto to work for God in the prisons. Hearing that we were coming, she decided it was time to come back home and she came to our meetings. She asked for baptism, but wanted it to be more, so she came down to the river.

Robert is Daisy's husband. He doesn't speak as much English as Daisy, so I don't know all of his story, but I know that she has had an impact on him by his love for the Lord. Even though he was burning with fever from a mosquito borne illness and headed to the hospital, he didn't want to go until he had come down to the river.

Michael is Daisy's nephew. He speaks only a bit more English than I speak Spanish, but he too is a product of love. He grew up without much in the way of this worlds goods, needing to go to work before finishing school and only reaching the 6th grade. Daisy and Robert have adopted him, and now he has joyfully thrown himself into helping us at the clinic and avidly drinking in the evening meetings. He couldn't wait to come down to the river.

Rosa and her husband worked in a restaurant that serves pupusas. (I hope I spelled that right. I think my Spanish spelling is probably as bad as my Spanish pronunciation!) Daisy and her family came into the restaurant frequently, and Rosa watched them. She noticed that they were different, that there was something about them. Finally, curiosity got the best of her and she asked what it was that made them different. She heard about Jesus, the Seventh-day Adventists, about our clinic and our meetings. She decided to see it for herself. She and her husband came to the clinic and a few nights of the meetings. After those few nights, the restaurant owner heard that they were coming to the Adventist meetings, and both Rosa and her husband were fired on the spot. They kept coming to the meetings anyway. Rosa's husband was baptized on the last night of the meetings, but Rosa wanted more. She came down to the river.

Before I tell you Aldo's story, I have to confess a habit I have. When I meet someone new who loves the Lord, I ask them about their story. Have you always followed God? Have you always been an Adventist? Aldo had come from the Avon Park church, and I knew he would have a good story. Was I right!

He confided, "I'm not an Adventist, but I've been around the church for a long time, and I wanted to come on this trip and help people."

"What's stopping you from being baptized and joining the church?" I asked.

"Nothing," he answered, "I've just never done it."

"Now's the time then," I assured him.

And so, on Sabbath afternoon, thousands of miles from Avon Park, Florida, one of our own missionaries came down to the river.

If these stories are not exciting enough, and wonderful enough to tell you about the awesome God that we serve, let me tell you my own personal highlight of this trip. As Daisy's cheeks were already wet with tears of joy before plunging beneath that cleansing flood. As Robert would not go to the hospital before he had come to the Lord. As Michael came with a wide grin pasted on his face. As Rosa stood for her faith though it cost her a job. And as Aldo came in his own quiet way. I got to share in each of those stories when I came down to the river.

You see, there is very little in the life of a pastor (or anyone else for that matter) that is more wonderful than seeing someone come to the Lord. To know that someone has begun a new life in Christ, and I somehow have been privileged to act a part in the symbol of that new life getting started is something I live for. How thrilling is that?

Take in the scene with me. We were on a mission trip from Lakeland, Florida all the way to Suchitoto, El Salvador. How did we get there? So many people have worked so hard, and so long to get us there. So many sacrifices. So much prayer on the part of so many and so much blessing on God's part.

And here we were. All of our planned activities were a huge success. So many helped in the clinics. So many kids blessed. So many made decisions, with more to come. We had baptized over 70 so far during the week! Now it was our last Sabbath there.

The moment sank in for me as I came down to the river. Here was the culmination of it all. Here was the capstone for me of our mission trip, I got to personally baptize five souls in a muddy river in far away El Salvador. It doesn't get any better than that. I can only humbly breathe, "Worthy, worthy is the Lamb." God has done so much. 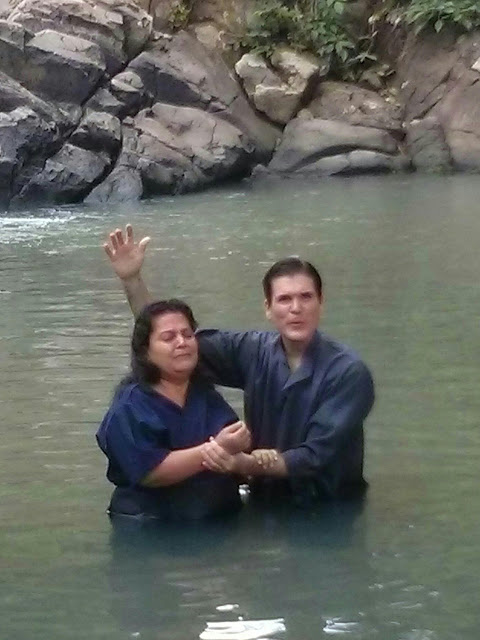 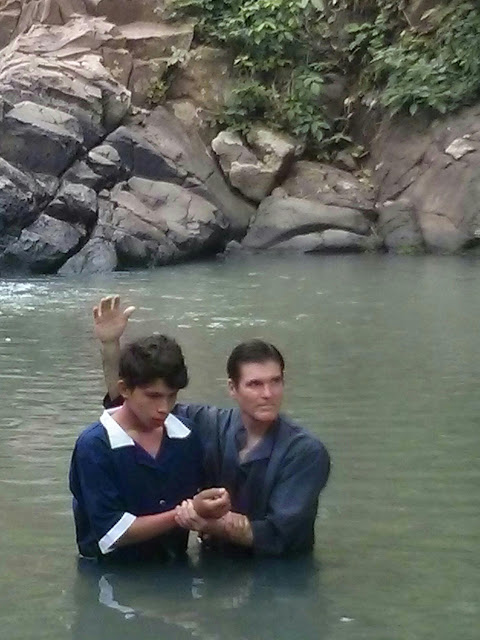 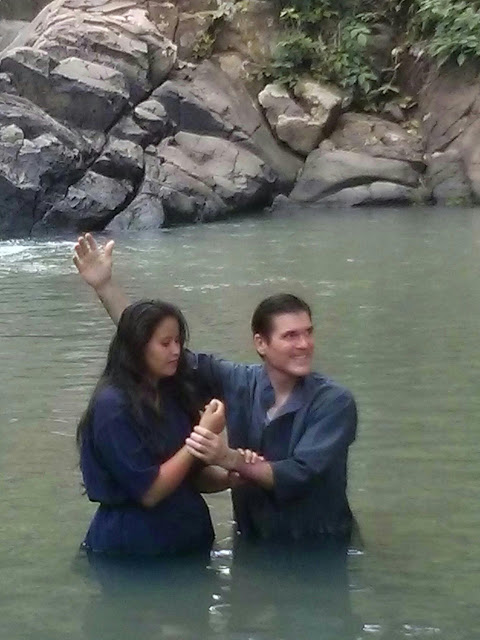 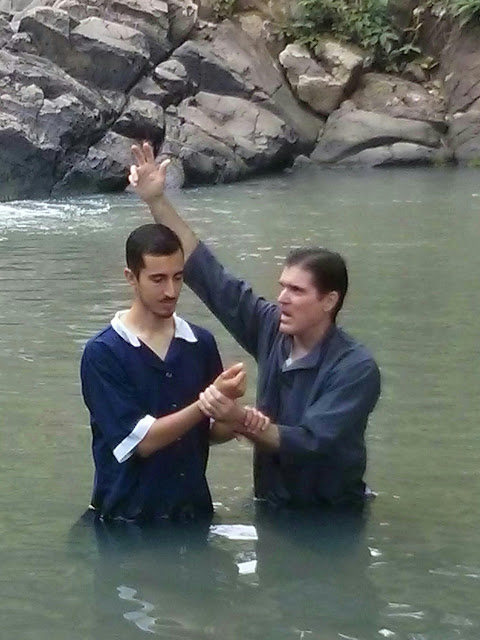